Allen Iverson Teams Up With Stance For New Sock Collection 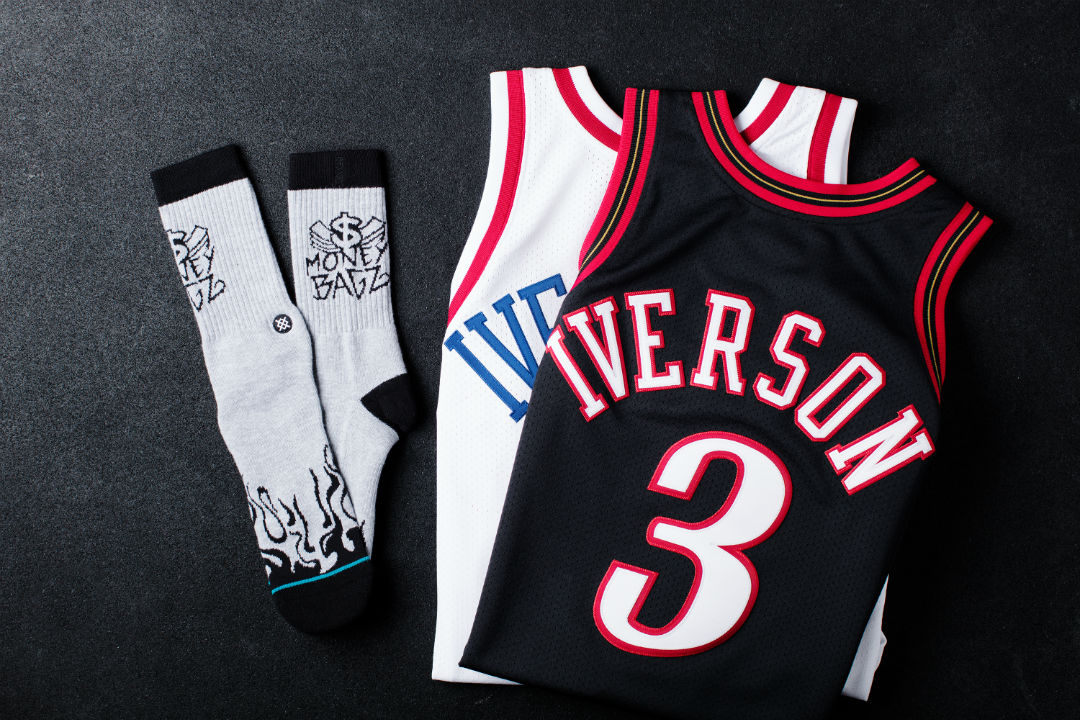 Featuring┬áfive new styles designed in part by the NBA legend, the sock collection takes it back to The AnswerÔÇÖs basketball career. The “Winning Taste” sock┬ápays homage to┬áchampagne, which Iverson most notably popped after leading the 76ers┬áto┬átheir first finals since their 1983 championship back in 2001. Another design, the “Phillie,” is┬áAmerican-themed, and features the Liberty Bell, No. 3, and golden highlights, and is an ode to his time in Philadelphia.

Other socks from this┬ácollaboration include: “Aces,” which celebrates Iverson’s skill at card games┬áand “Money Bagz,” which features artwork of the tattoo on A.I.’s left hand.

The Stance x Allen Iverson collection can be picked up now┬áStance.com, DTLR, Foot Action and more.

Allen Iverson Teams Up With Stance For New Sock Collection : The Source