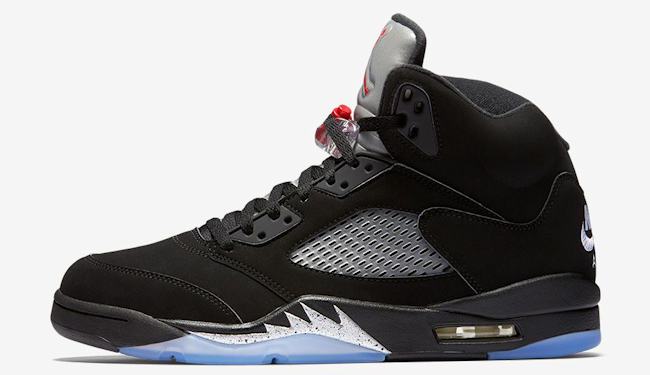 Nike’s in the midst of one of those miraculous runs at everyone’s wallet right now. They’re bringing back old Olympic kicks, debuting new running models and basically just creating a frenzy of releases that cover the spectrum in terms of styles and colors. Of course, retro Jordans are always part of the mix and the latest one on the menu is the Air Jordan 5 Retro in black, metallic silver and fire red as the first of three Olympic medal inspired versions of the silhouette. The 5s are a fan favorite, sporting an increased blue hue to the outsoles look marvelous and the shiny tongue that’s second in fame only to the one his Airness used to display during his dunks.

The ‘Metallic Silver’ Jordan 5s release this Saturday, July 23 for a retail ticket of $190.