LeBron James Reveals Who He’s Voting For: “The Choice Is Clear” 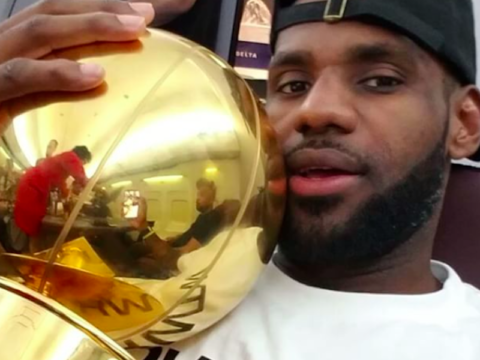 In a new op-ed article, King James proudly reveals who he is voting for.

When I look at this year’s presidential race, it’s clear which candidate believes the same thing. Only one person running truly understands the struggles of an Akron child born into poverty. And when I think about the kinds of policies and ideas the kids in my foundation need from our government, the choice is clear. That candidate is Hillary Clinton.” (Business Insider)

James also explained the importance of giving his support to Clinton.

“I support Hillary because she will build on the legacy of my good friend, President Barack Obama. I believe in what President Obama has done for our country and support her commitment to continuing that legacy. Like my foundation, Hillary has always been a champion for children and their futures. For over 40 years, she’s been working to improve public schools, expand access to health care, support children’s hospitals, and so much more.” (Business Insider)

The post LeBron James Reveals Who He’s Voting For: “The Choice Is Clear” appeared first on SOHH.com.

LeBron James Reveals Who He’s Voting For: “The Choice Is Clear” : SOHH