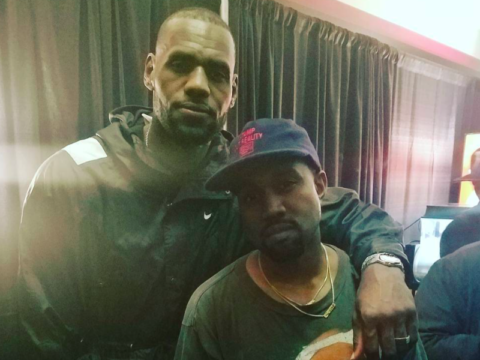 Inspired by Yeezy’s presence, Bron-Bron penned an open thank-you note to him.

Cavaliers star LeBron James graced the stage, and hopped around with Drake during the song, yelling the words to the song. Afterward, Drizzy passed him the microphone to talk to the crowd. Drake delivered a great line at the end of the appearance, claiming he could stay on stage all night since LeBron makes the rules in Cleveland. (Sports Illustrated)