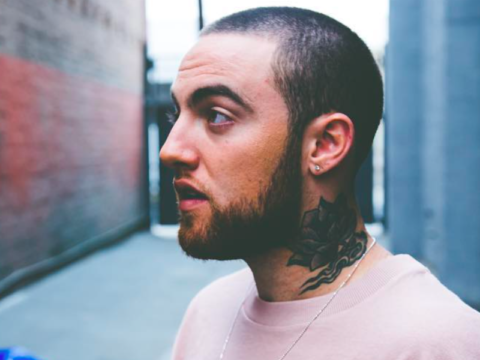 Pittsburgh rapper Mac Miller is about those relationship goals. The hip-hop artist and rumored girlfriend Ariana Grande could not avoid paparazzi cameras this week in New York.

Photographers spotted the overnight duo together Friday (September 16) after grabbing a quick bite in the Big Apple.

Mac Miller and Ariana Grande aren’t playing it coy anymore … there’s clearly a thing. Our photog got them leaving Nobu 57 Friday night in NYC, as they jumped in a garden-variety yellow cab. New York is jammed this week with Fashion Week and U.N. stuff, so props to them for getting a cab that quick. (TMZ)

Earlier this week, Grande refused to crack when asked about allegedly dating Miller.

Earlier the same week, Grande and Miller hit up a California tattoo parlor together.

The post Mac Miller & Ariana Grande Can’t Get Enough Of Each Other [Video] appeared first on SOHH.com.

Mac Miller & Ariana Grande Can’t Get Enough Of Each Other [Video] : SOHH