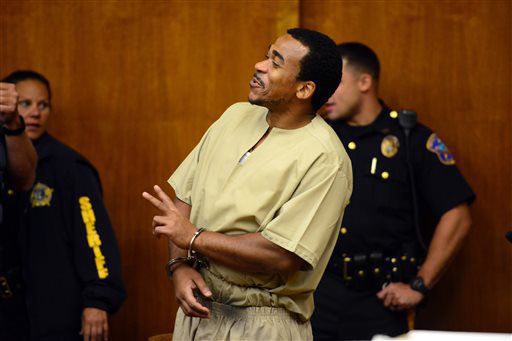 Max B is coming home.

The Wavy One has reached an agreement that will have him out of prison ahead of his expected release date, according to his rep.

Max — who was sentenced to 75 years in prison in 2009 for charges stemming from a 2006 robbery — has reportedly accepted a plea deal for aggravated manslaughter that drops his other original charges, including first-degree murder, first-degree robbery, and first-degree kidnapping.

The Silver Surfer issued a statement in which he thanks family members, media entities, business associates, and friends.

“I would like to take this time to humbly express my gratitude to the Bergen County Courts, The Honorable James J. Guida, and Mr. Grewal of the Bergen County Prosecutor’s Office for looking into my Post-Conviction Relief,” he said. “This proceeding was not a question of my guilt or innocence, but about the bad advice, poor judgment, and overall ineffectiveness of my trial attorney. I would also like to thank my legal team at The Law Offices of Bruno & Ferraro; my wonderful attorneys John Bruno, John Bruno Jr., John Lotorocca, and Linda Peterson did an outstanding on my case and fighting for me.”

His fellow Coke Boy, French Montana, claims Max will be home in as little as two years.

HOLD ON HOLD ON special Announcement

Wiz Khalifa — who even sparked a feud with Kanye West due to his Max B fandom earlier this year — also celebrated the news.

Max B is coming home. Sentence got shortened. Looks like the Gang will be working wit the Wave.