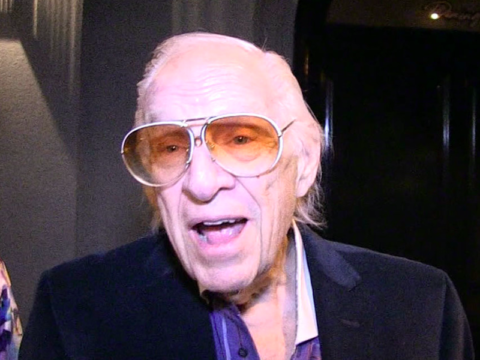 According to new details surrounding his passing, Heller most likely suffered a heart attack and lost his life last Friday (September 2).

TMZ broke the story … Heller slammed into a minivan in Thousand Oaks, CA after suffering a “medical emergency.” TMZ was initially told he was taken to the hospital for injuries, but when you look at the damage to the vehicles, the impact clearly was not that severe. Now we know EMTs administered CPR on scene, and Heller was unconscious. From everything we now know it appears Heller suffered a heart attack, lost consciousness and the car continued on its path until it hit the minivan. (TMZ)

“Whoa, watch your mouth,” Cube said to a radio host when told Jerry Heller made him and N.W.A. famous. “I didn’t have no emotions. I’m just glad I’m with my brothers today. I’m glad I’m with DJ Yella. I’m glad I’m with MC Ren today and it’s only right. So, you know, I ain’t gonna pop no champagne, but I ain’t gonna shed no tears either. It is what it is, you know. We come here to pass and he’s outta here, so you know. Like I said, I’m not losing no sleep over that one.” (Hot 107.5)

In fact — Shapiro says things were so bad — Jerry barely slept and was “heart broken” over the entire thing. TMZ broke the story … Heller was in a car accident Friday around noon, the initial investigation states he may have suffered a medical emergency to cause the wreck. Shaprio says Jerry’s family has been told it appears he suffered a heart attack before the crash. Mickey says he believes the heart attack was brought on by the stress from the film and tells us, “Jerry Heller would be alive today if not for that movie.” (TMZ)

Jerry Heller, the original manager for N.W.A., has died according to sources with AllHipHop.com. He was 75. The businessman was widely recognized as the man that helped bring the controversial group to the masses along with Eazy-E. The cause of death is not yet known. (All Hip Hop)