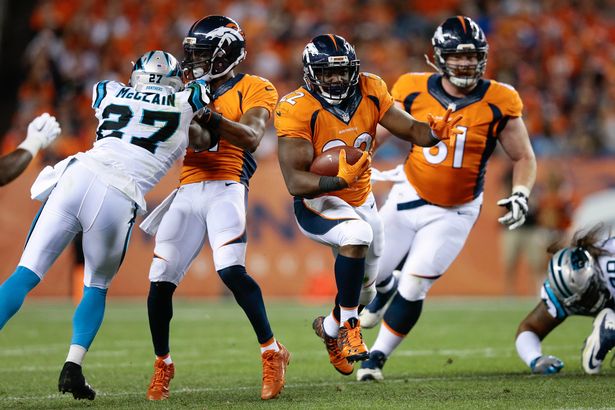 Football is back, and the season opener was full of action and came down to the last play. In a rematch of last year’s Super Bowl , the Denver Broncos took on the Carolina Panthers. Reigning MVP Cam Newton was looking for some revenge after losing last year, and the Panthers were confident heading into the game.

One reason the Panthers were confident was the fact that Peyton Manning was not starting under center for the Broncos, and instead rookie Trevor Siemian was going to be starting at QB. But Siemian handled the pressure of the spotlight and managed the game very well. He threw for 187 yards, had 1 touchdown and 2 interceptions, and looked poised in the pocket all night long.

On the other side of the field, Newton looked strong in his first game this season, but his offensive line couldn’t protect him from the strong Broncos defense. Cam suffered several big hits, and he also took a shot to the head in the 1st quarter.

The game came down to the final play, Denver wining 21-20, and the Panthers trying to kick a 50-yard field goal for the win. The Broncos chose to ice the Panther’s kicker, Graham Gano, and when it counted, he hooked the kick wide-left and the Broncos then took a knee to win the game.