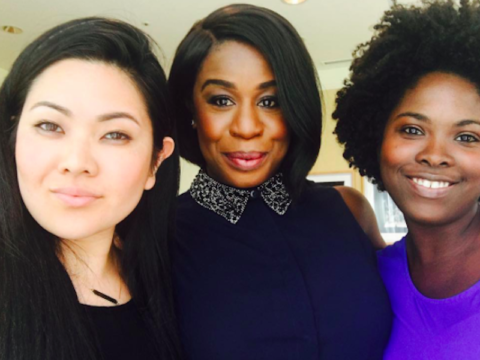 “Orange Is the New Black” star Uzo Aduba has provided her own personal thoughts on the war of words between country singer pal Taylor Swift and reality TV icon Kim Kardashian and Kanye West.

Asked about the now-viral tensions brewing between Swift and KimYe over a leaked private conversation, Uzo suggested Taylor would prevail through the controversy.

ÔÇ£She will,ÔÇØ said the Orange Is the New Black star at the Cinema Society screening of her new Netflix movie Tallulah in New York City on Tuesday evening. ÔÇ£SheÔÇÖs a beautiful person and strong.ÔÇØ Aduba, a classical trained singer, joined Swift onstage twice during her 1989 tour last year; on one occasion, the two sang a duet of ÔÇ£White HorseÔÇØ at the Staples Center in Los Angeles. (Vanity Fair)