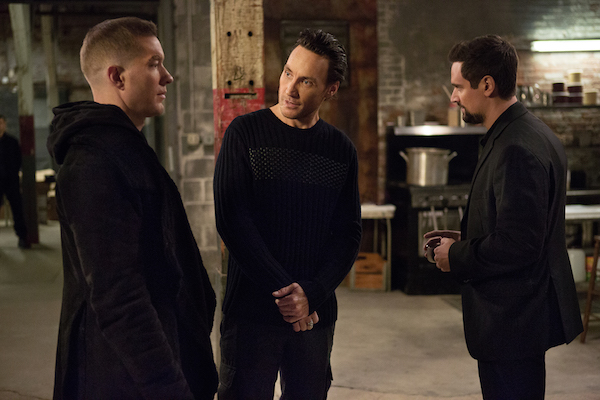 It’s a secret society. All we ask is trust…

It seems simple enough — Tommy wants to be involved in all facets of Ghost’s plans.

Since we’ve started watching Power, he’s proven his loyalty throughout the years they’ve been a team. Tommy chose Holly, Lobos and even his own life in the hopes that Ghost and his family would be protected. However, the reciprocity of this trust is rarely evident on Ghost’s behalf. There’s only so many times that you can ask a man for his word, see that bond shattered into a million pieces, and turn the other cheek. By the end of episode 9 Tommy has lost every magnanimous bone in his body, and if Ghost wants to rectify this situation, he won’t be the man in charge.

The hubris of James St. Patrick has developed into a poetic tragic flaw. As intelligent and calculated as we know Ghost, he continues to make idiotic decisions concerning his family, despite the mountain of evidence in favor of an alternative. He will keep his loved ones in the dark, and not pull them closer, because his twisted sense of survival exalts him as the only person who can execute a complicated strategy. With his club business, this is never the case.

Ghost analyzes the situation carefully and has plans A-Z on deck. Every roadblock presented to him( i.e., Paying Milan instead of Karen Bassett, losing the hotel deal to Andy and Albi, having to sell drugs in Truth, dealing with Kantos who’s working with the enemy), he’s hurdled and found a creative way to solve his problems. Planting drugs in his competition’s establishment while making one last move on Bassett and pacifying Kantos in the same breath through his clandestine messaging to stay away lest he suffer the same fate as his new employers was genius. In matters of his legit empire, Ghost has no true rival.