Pusha T Says He’s G.O.O.D. For Life: “I Don’t Have To Worry About Reelection” [Video] 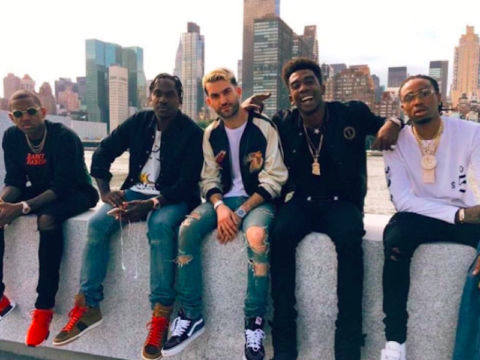 Pusha went to Instagram Thursday (September 8) and showed off footage of Yeezy applauding him as G.O.O.D.’s president.

“I guess it would be the same with any person in their first year, there’s gonna be a transition,” Chainz said when asked about Pusha’s first 12 months. “You really can’t judge or base anybody’s first year as president. I think Pusha T has a great mindset. He’s an awesome leader, a trendsetter, and I think he really did the things he said he did. So with any other business, any other operation in life, it takes a minute. I’m in full support of him. I just saw him go to Obama’s birthday party, so I ain’t got nothing but double salutes to what the boy’s got going on. We’ll just see. I guess you’ve gotta keep your eyes open and see what’s going on.” (Complex)

“First and foremost, it’s signing acts. Desiigner, number one,” Pusha said when asked about what responsibilities he has as G.O.O.D. Music president. “His energy is like a spark, it’s been a spark for all of us. The ‘Panda’ record is what it is. It’s so much more to come. As far as me being a president, it’s just overseeing the acts, overseeing the rollouts, signing new acts as well as pushing forward and raising the bar for everything creative and fan base. We’re trying to really heighten the fan experience when it comes to the music.” (Hot 97)

A few months ago, the Virginia native hinted at a possible G.O.O.D. Music tour brewing.

The post Pusha T Says He’s G.O.O.D. For Life: “I Don’t Have To Worry About Reelection” [Video] appeared first on SOHH.com.