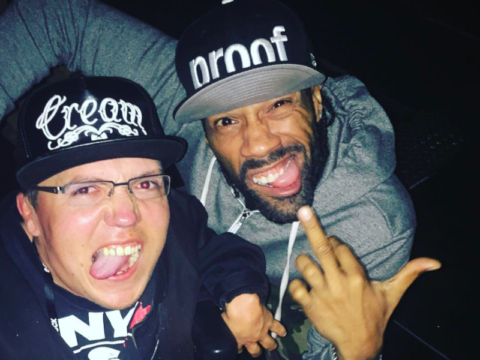 New Jersey rap veteran Redman knows how much of an impact his music had on former NBA star Allen Iverson‘s iconic career.

Red went to Instagram Saturday (September 10) to respond to A.I. shouting him out at his televised Hall of Fame induction.

Various hip-hop stars from Fat Joe to Jim Jones have congratulated Iverson on his big accomplishment.

“I wanna thank Biggie Smalls, Redman, Jadakiss, Tupac and Michael Jackson for being my theme music throughout my career,” The Answer says to a cheering crowd, adding to those he already mentioned including Ma$e and Cam’ron. (HHDX)