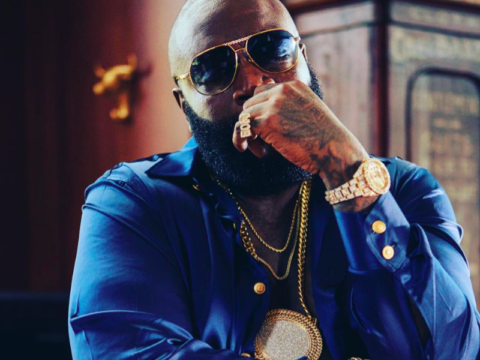 Maybach Music Group‘s Rick Ross has become one with greatness. Yung Renzel proved he has friends in high places after linking up with respected NFL legend Fred Williamson.

Ricky Rozay teased Instagram followers Friday (September 23) with a shot of himself alongside Williamson.

A few days ago, Ross showed off his Bawwwse status by rubbing elbows with Checkers fast food CEO Rick Silva.

Earlier this month, Ross hinted at plans to launch his own clothing line in the coming months.

“You are, you are, you are,” Ross said when asked if more Skrillex collaborations are coming. “Shout out to my big homie Skrillex. I just spoke to him maybe a week or two ago, and we talking about our next collaboration for my project.” Ross agrees that Skrillex’ touch was an incredible addition to the Bawse rapper’s signature sound. “I love how he took my heavy beat, heavy grimy sound, and he added that electricity in that chorus,” he said. “As soon as I heard, it I was like, that’s it.” (Billboard)