Rob Kardashian Keeps It 100 On Leaking Kylie Jenner’s Number: “I Was Just Being Petty” [Audio] 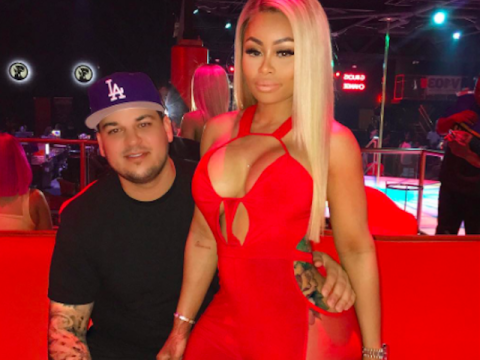 Rob K appeared on a radio show this week and explained how Kylie ended up getting exposed at his expense.

“It was miscommunication on my end. I thought they weren’t having Chyna at our baby shower. Chyna’s baby shower is actually this Sunday, but they were trying to do a little surprise ‘guy’ baby shower for me and I was just upset trying to fight for Chyna like, ‘Yo, she has to be at the baby shower. She’s birthing my child. She needs to be there.’ It was literally miscommunication and I probably shouldn’t have went on Twitter, but I did – I kind of took all my anger out on Kylie and my family. It wasn’t just Kylie, it was my whole family. I went in on them on group text. And I was just being petty and posted her number. I was like, ‘Yo, it’s not that serious. We change our numbers all the time.” (“On Air with Ryan Seacrest”)

According to reports, Kylie’s exposed phone number will remain unavailable for an entire year.

A rep for Verizon — where Kylie had her phone plan — tells us it’s going beyond its usual policy of reassigning a disconnected number after 50 days. In this case, they’re jumping straight to their max period … one full year. Verizon tells us they’re quick to change a number if a customer complains about getting unwanted or harassing calls or texts. Kylie isn’t getting any special treatment … she just meets that criteria. Now they’ve moved to take it down and out of circulation for 12 months. (TMZ)

Media outlets had confirmed the authenticity of Jenner’s mobile number.

RK went on his Twitter tantrum Monday (September 26) about pregnant fiancée Blac Chyna not getting a baby shower invite from his family.

The post Rob Kardashian Keeps It 100 On Leaking Kylie Jenner’s Number: “I Was Just Being Petty” [Audio] appeared first on SOHH.com.

Rob Kardashian Keeps It 100 On Leaking Kylie Jenner’s Number: “I Was Just Being Petty” [Audio] : SOHH