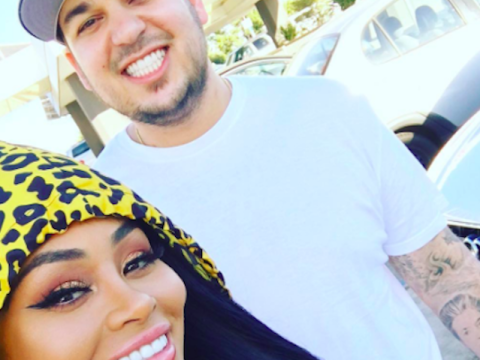 Reality TV star Rob Kardashian is feeling moody. The soon-to-be husband to vixen Blac Chyna has once again killed off his Instagram page.

Rob’s IG account now shows no posts or him no longer following anyone.

Some reports claim a falling out with Chyna may have contributed to the social media meltdown.

In July, details surfaced about what sparked Rob’s decision to rid his Instagram page of Blac Chyna’s pictures.

“Rob and her have been getting into little tiffs and Blac Chyna flipped on Rob,” a source tells E! News. “He was so pissed at how she spoke to him, so he deleted everything about her to hurt her.” The source adds that “Rob has never cheated on her, but she is very paranoid about that from past experiences,” and reassures us that they are “fine” now. “[They’re] back in love and have spoken through their fight.” (E! News)

Recent reports claimed a dispute between the love birds went down toward late July.

Blac and Rob reportedly had a huge argument while filming their new reality show over the weekend, and after that, he deleted every photo of her from his Instagram page. However, the lovebirds must’ve quickly gotten over the spat, because by July 26, reports confirmed that they were still together and “back in love.” (Hollywood Life)

A few days prior, Rob shocked fans by cleaning up his IG account.