Robert Glasper’s Top 5 “The Cipher” Gems: “Technique Is Being Able To Command Your Instrument” [Audio] 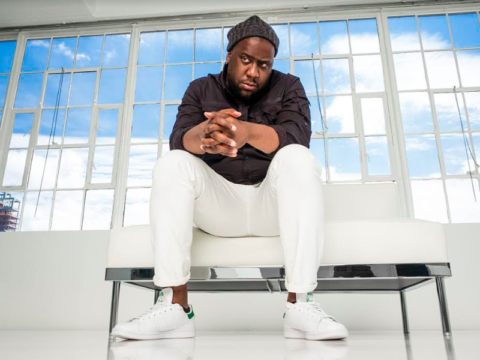 [Your favorite rapper’s favorite piano player Robert Glasper recently sat down with hip-hop personality and SOHH correspondent Shawn Setaro on his popular “The Cipher” podcast. Listen to the full interview and check out five gems he dropped during the Q&A.]

On why he did jazz trio albums first before making r&b records:

“I wanted to first do trio albums to solidify myself in the jazz world, so you can’t say sh*t when I decide to cross over.”

“That’s why he’s a genius to me, because I watched him work. Sometimes, the genius is he process, not necessarily the ending. Sometimes, somebody’s process makes them a genius, because they can skip so many steps that the average person doesn’t skip.”

“That’s what technique is, to be able to do anything you want at any given time. It’s at your disposal when you want it. A lot of people think technique is fast and loud. That’s not technique. Technique is being able to command your instrument.”

On why he sings along with his piano solos:

“When you sing what you’re playing, you play less bullshit. A lot of times, people let their fingers fly, and there’s no lyrical or melodic content to what they’re playing. But if you sing it, it’s harder to sing bullshit than it is to play it.”

On his favorite album, Michael Jackson’s Off the Wall:

“That album for me sounds like they did it all in one day, in one room, with the same cats and the same instruments, and it just felt like that was the thought of the day. It was one vibe for me. That’s what I loved about it.”

The post Robert Glasper’s Top 5 “The Cipher” Gems: “Technique Is Being Able To Command Your Instrument” [Audio] appeared first on SOHH.com.

Robert Glasper’s Top 5 “The Cipher” Gems: “Technique Is Being Able To Command Your Instrument” [Audio] : SOHH