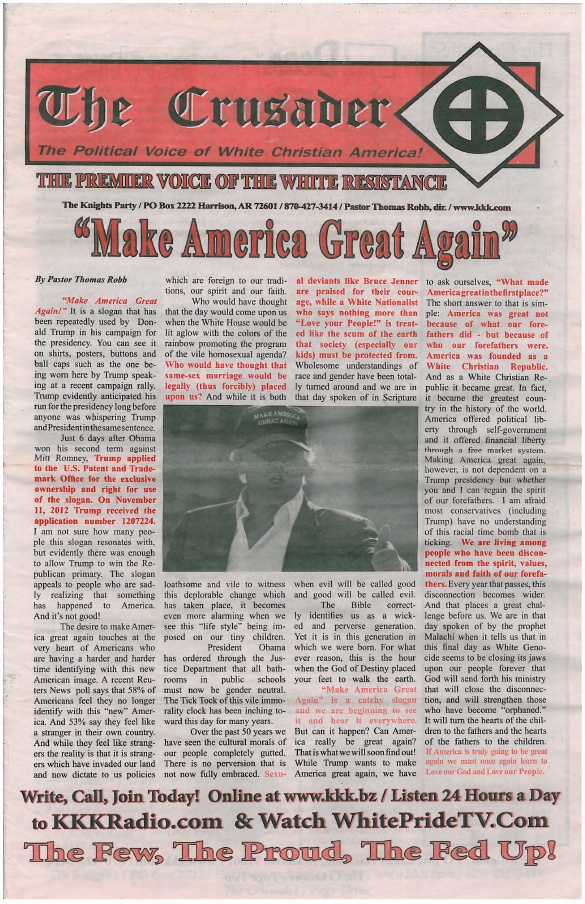 The Ku Klux Klan, a domestic terrorist organization, has found their man. The KKK has formally endorsed Donald Trump for President of the United States in their newspaper, The Crusader.

You must be so proud, Republicans. Just today, Congressman Paul Ryan admitted he already voted for Donald Trump in his home state of Wisconsin. That’s a racist, misogynistic stink that won’t wear off in 2020, Congressman. Even if you can’t bear to say his name out loud.

Let’s see if Trump bothers to condemn the racist organization and disavows their endorsement.

Seeing as how Cheeto Jesus will take the vote of anyone he can get, like say former FOX News execs who resigned amid sexual harassment allegations, don’t bet on it.

Per the Washington Post, The Crusader’s website states its top goal to “stop white genocide.” Good luck with that.