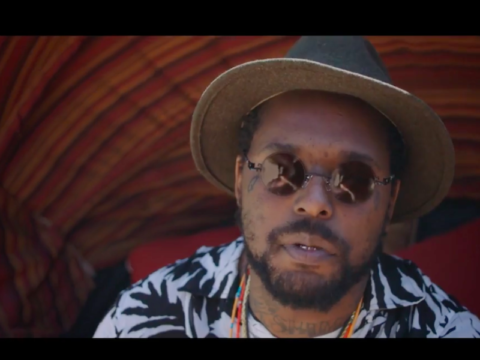 Top Dawg Entertainment‘s ScHoolboy Q has finally revealed what tragic event happened to him on the day his long-awaited Blank Face album came out.

In a new interview, Q said he lost a close friend the same day his sophomore release arrived in stores.

“Right now, I ainÔÇÖt been able to write musicÔÇöIÔÇÖve been going through things. I lost one of my homeboys the day my album dropped, found out one of my closest homies got 100 years in the penitentiary. I havenÔÇÖt been able to eat in three days hearing that. IÔÇÖm over here running around and my daughter breaks her arm. I canÔÇÖt be there for her; I had to see her on FaceTime, hurt in the hospital bed. How can I really be happy about my album being out when all this is going on? All this hard work I done put in up until this point is overshadowed by some punk-a** cops not doing they jobs right.” (Complex)

Earlier this month, Q announced something extremely personal had happened in his life in the wake of his album release.

“First off, I just want to say there’s a lot of stuff going on. It ain’t just about me and my music. It’s tough times right now. So I’ve just been trying to stay off the Internet as much as possible and I’ma wait for the feedback a little later. I’m going through some things in my personal life and a lot of things just crashed in on me the day my album dropped and it’s kind of hard for me right now to enjoy this moment. This is probably one of the worst days in my life and it happens to be the day that my album came out. So it’s a little hard for me right now.” (Real 92.3)

ScHoolboy also admitted he briefly retired from the rap game in 2015.

“I took a break from music to the point I quit. I didn’t even tell people I was retired or tell Top [Dawg] or Interscope. It was just a thing like, ‘I’m never going to give them an album so they’ll get the point.’ Then I just woke up one day and I just put the studio in the crib and was like, ‘I’d rather just do it that way.’ I was just in the growing up stage. I’ll be 30 in October. I know I look 45, it’s OK. I’ll be 30 in October. When you hit that age, it’s like you’ve seen things twice. … Life is changing and I’m really not a gangbanger anymore but I wanted to let people know that.” (Real 92.3)

Recently, Q talked about nearly quitting rap to care for his daughter.

“Yeah, to the point I almost quit,” Q said when asked if he felt like he missed key moments in his daughter’s life due to touring. “I almost quit for this [Blank Face] album, this period, after Oxymoron. Yeah. I was gone for a year and a half and before that I was gone for a year. The year before that I was gone for six months. You get what I’m saying? Because my daughter’s seven. Like the first two years I didn’t raise her because I was dirt broke. Then I only got two years in with her. My daughter always lived with me, I only got two years of raising her out of seven years. You get what I’m saying? I’m not about to be that rappers, that person, that puts his business, his money over his family. I go out and please everyone else making this money meanwhile my kid, my family is sitting around waiting for me to come back home.” (Hot 97)

The post ScHoolboy Q Reveals What Horrific Thing Happened The Day “Blank Face” Dropped: “I Ain’t Been Able To Write Music” appeared first on For The Best In Hip-Hop News – SOHH.com.