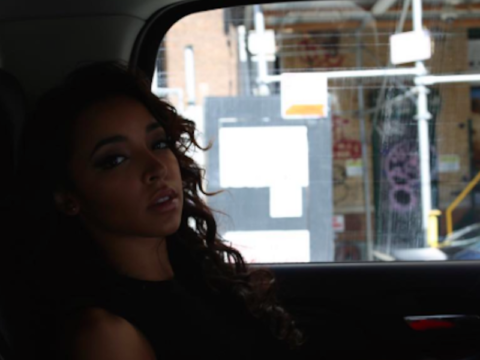 R&B singer Tinashe is getting ready to get the gossip blogs blowing up after reportedly finding romance with mega producer Calvin Harris.

According to reports, the rumored overnight couple have been clocking in time together this summer.

A source tells Page Six exclusively that the DJ is ÔÇ£casuallyÔÇØ seeing ÔÇ£SuperloveÔÇØ singer Tinashe. ÔÇ£They have been seeing each other on the DL. ItÔÇÖs only been weeks, so itÔÇÖs still pretty casual right now. TheyÔÇÖve been on a few dates,ÔÇØ the source told us. (Page Six)

The two met in 2014 when they collaborated on the song “Dollar Signs,” which is okay. (NY Mag)

Harris has also reportedly been linked to Pussycat lead singer Nicole Scherzinger. The two were seen leaving a London nightclub last week. His new dating life must be a welcomed distraction after his recent Twitter feud with ex Taylor Swift. (Celeb Buzz)