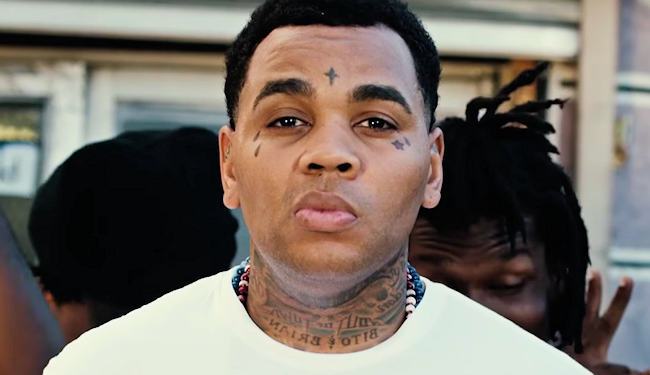 Kevin Gates found himself on the hot seat again over recent comments condoning the recent murder of three police officers in Baton Rouge. Using Instagram, his usual medium for these types of public statements, the area native commended the actions of the shooter, 29-year-old Gavin Long.

ÔÇ£IÔÇÖm not against black people, IÔÇÖm not against white people. I stand for whatÔÇÖs right. A bunch of n****s jumping around hooping and hollering ainÔÇÖt right,ÔÇØ Gates’ began with what can be perceived as a slight towards the Black Lives Matter movement, echoing statements he’s delivered in previous interviews. ÔÇ£But if weÔÇÖre going to go to war, we need to go to war for whatÔÇÖs right [ÔÇª] I stand for whatÔÇÖs right. Us talking and all that, that ainÔÇÖt right. But how they stood up in Baton Rouge, I can salute that.ÔÇØ

The post was later deleted but it can be seen and heard here.

But, Gates didn’t stop there. After pouring the gasoline, he later came back to light the match with another post in response to a follower’s question on what would happen if one of his children was killed for no reason.

ÔÇ£B*tch, your whole family gone die, instantly,” he began. “If a police search my daughter and put his finger in her p*ssy, his whole family gone die! A nigga disrespect my son, slap him, touch him, scratch him, whatever, your family gon’ die instantly! AinÔÇÖt no ifs, ands, or buts. I don’t do no talking, dog.”

Gates drew the ire of many of his fans back in February when he went “All Lives Matter” during a radio interview and also blamed his own disrespectful ways as the reason for previous altercations he experienced with law enforcement.

The “I Don’t Get Tired” rapper came back with another video update in response to the controversy. In it, he makes it evident that he doesn’t “give a f*ck” if you f*ck with him or not. After decrying the value of black lives and now blue lives, the number of people in the Kevin Gates fan club is likely seeing a sharp decline.