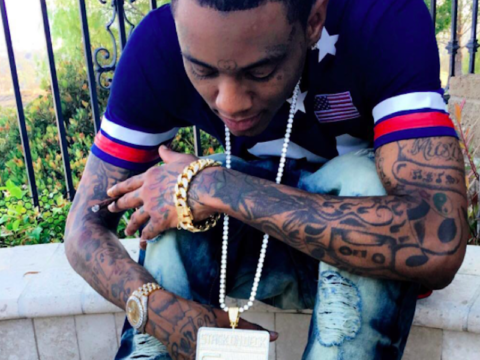 Atlanta rapper Soulja Boy is putting his rap beefs behind him and burying his face into video games. The Georgia hip-hop artist has made a call to all of his SODMG gamers.

On Tuesday (November 1), SB jumped on his Instagram page to rally up his diehard video game fans.

In an interview this past weekend, Yachty said he would physically confront SB if they met in-person.

“I’m way bigger than [him]. Come on, bro, me and him are not even on the same level. That was my idol. Your idols become your rivals – I was upset. But I’ve never been someone to lie. … I don’t beef over females – crazy enough, that’s how it started. … That’s why I don’t even get mad. I said, ‘F*ck Soulja Boy’ – I don’t give a f*ck about that n*gga, bro. I don’t want to fight him – [if we’re in the same room] I’d slap the sh*t out of him. I’m tripping, I’m tripping. I don’t wish bad luck on Soulja Boy – I’m definitely taller than Soulja Boy.”

Since the e-beef’s ignited, Yachty’s fans have trolled Soulja on Instagram.

The post Soulja Boy Puts Lil Yachty Beef Behind Him, Calls Up All SODMG Gamers [Video] appeared first on SOHH.com.