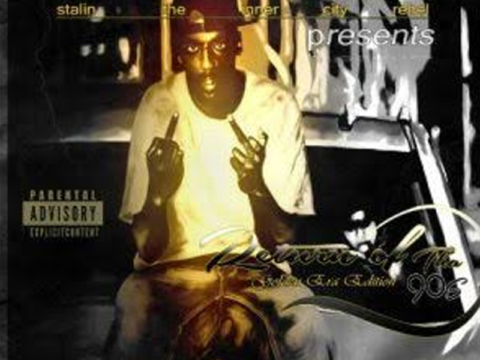 Queens based rapper Stalin The Innercity Rebel is living proof that when you follow your heart’s direction it leads you to your passion. Stalin draws from life experiences and his childhood to bring his fans authentic Hip Hop music. His compositions are epic, enthralling, and thought provoking. He believes that the ingredients to timeless music involves being able to share your trials and tribulations. The rhyme slinger creates music for the have-nots and the ones who are looking for some type of motivation and confidence within themselves.

Stalin The Innercity Rebel delivers a unique blend of style and substance that rarely exists in today’s rap scene. He seamlessly combines street flavor with intricate social commentary. His style is a throwback to the 90’s era. In fact, the title of his album is “Return Of Tha 90s.” This wordsmith interjects his heart and soul into his music. He treats every verse like a first impression. “My Fans respect the fact that I am raw and authentic” states the emcee. Stalin fuses brash bars with clever rhymes about the realities of life.

His enthralling flow and ear-grabbing delivery permeates each song. He delivers the goods and gives each track a regal touch. More importantly Stalin’s music evokes the spirit of the legendary Tupac Shakur. Tupac and the Outlaws were a big influence on him. Stalin even created a tribute song to Tupac Shakur entitled “We Miss U.” Stalin The Innercity Rebel intends to leave an indelible image on the rap scene by floating thought-provoking, reality-inspired stories. He is positioning himself to be a force to be reckoned with within the music industry.