Tammy Rivera Reveals Why She Left Waka Flocka: “Yes My Husband F**ked Up” 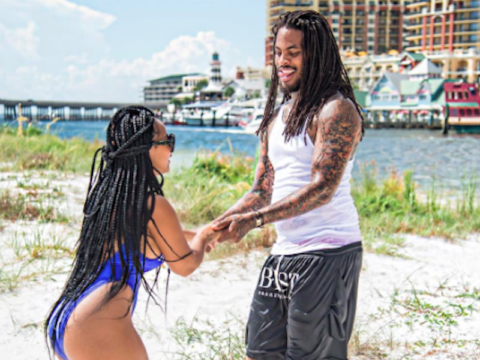 Model Tammy Rivera is letting her Instagram fingers get the best of her. The curvy vixen clashed with a fan this week and explained her past rift with boyfriend Waka Flocka Flame.

A screenshot has surfaced of Rivera dishing out on her relationship status with Waka and revealed why she left him during their recent summer split.

Last month, Waka flooded his IG page with pics of himself, Tammy and her daughter.

In late July, Flocka publicly called Tammy his wife despite breaking up weeks prior.

Tammy recently credited Flocka on IG for giving her an incredible birthday present.

The post Tammy Rivera Reveals Why She Left Waka Flocka: “Yes My Husband F**ked Up” appeared first on SOHH.com.