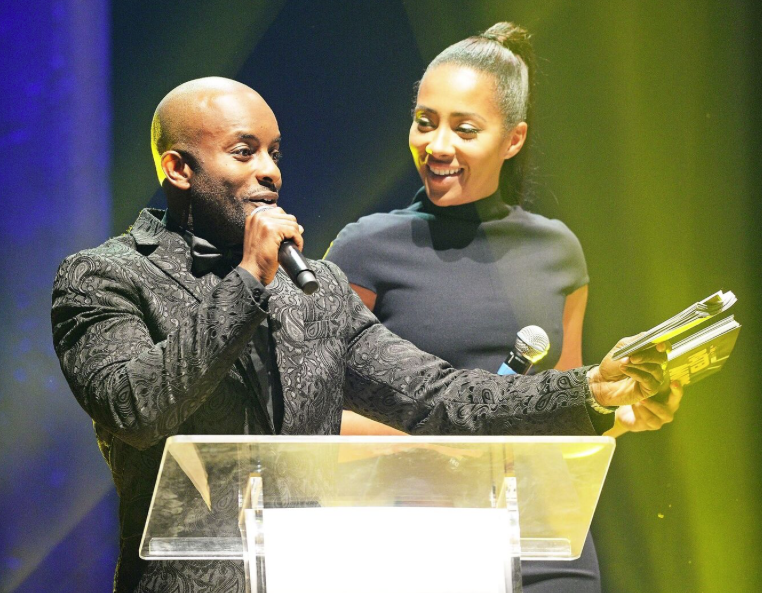 Everyone who was anyone in the grime music / UK urban music industry, was at Camden’s Roundhouse this week for the second annual Rated Awards.

2016 has been another groundbreaking year for the British urban music scene and The Rated Awards highlighted and commended this year’s high achievers. This year’s awards were hosted by Capital XTRA presenter Manny Norte and 1Xtra presenter Yasmin Evans.

There was much positive energy, compliments from artist to artist and a general feeling of inclusivity and pride regarding the grime scenes national and international takeover this past year. With grime acts headlining festivals globally, to chart topping positions, and even names like Drake co-signing the scene by signing to UK label BBK, it’s been a truly whirlwind year worthy of back slaps.

The music industry crowd all agreed that history was made, with the second KA & GRM Daily Rated Awards, celebrating the very best of British urban music. The 1,700-person capacity venue, was packed to the brim full of artists, industry players and fans alike.

Craig David, Krept & Konan, Skepta, DJ and producer Naughty Boy and Professor Green were all in attendance, bringing the grime scene into the spotlight in a welcome togetherness and celebration of how far British urban music has come.

The Rated Awards is one of the only award ceremonies that lets the fans decide the winners. By giving the power back to the people it allows the real purveyors of the British urban music scene to be recognised.

English MC AJ Tracey picked up the Best Breakthrough award, with other early winners including Skepta winning Best Video for his smash ‘Man (Gang)’, Charlie Sloth announced as Best DJ for a second year, and Rude Kid collecting Producer Of The Year.

Not For The Radio’s Vis and Chams at The Rated Awards 2016 yellow carpet. Photo – Dave Hogan.

Tim Westwood gives a speech in honour of his Legacy Award, at The Rated Awards 2016. Photo – Dave Hogan.

Richard Antwi Tribute By Twin B -at The Rated Awards 2016. Photo – Dave Hogan.

Richard was responsible for helping establish the musical career of a number of British artists including Lethal Bizzle, Wretch 32 and Tinie Tempah.

Closing the night off was Artist Of The Year winner Giggs, who ran through a crazy set of old and new tracks. As he performed his latest single ‘Whippin Excursion’, the stage was invaded by his fellow British artists, including Kano, Skepta, Ghetts and GRM Daily’s Posty.

GRM Daily founder and CEO, Posty presented the final award of the night – arguably the biggest one – the GRM Legacy award, which highlights the achievements and influence within the British urban scene. The prestigious award went to DJ & presenter Tim Westwood, who throughout his career has championed the British urban music scene.

Westwood is one of the most recognised urban UK DJ’s of the decade. He is regarded as the most influential figure in hip hop in Europe and as a pioneer of the UK scene with every American rap superstar on first name terms with him.

Over the last three years the UK grime scene has been bigger than it’s ever been, with music talent taking the independent route in marketing themselves and seen acts perform and headline at festivals both nationally and internationally.

Producer Of The Year Rude Kid

Personality Of The Year Poet & Vuj

Best Mixtape 67- In Skengs We Trust

Best Album Kano – Made In The Manor

Artist Of The Year Giggs