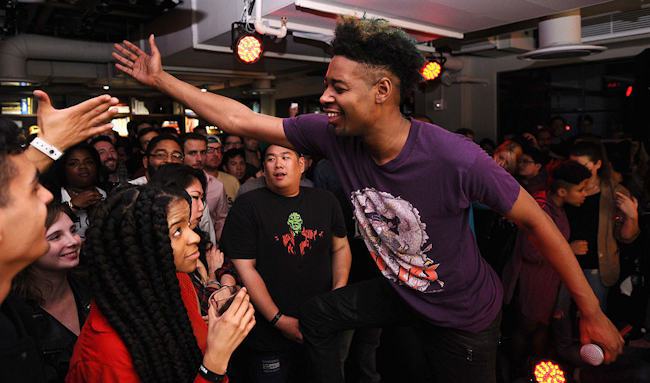 Danny Brown has been mostly quiet since his 2013 album, Old. A few loosies here and there, but no immediate plans for a follow-up. In rap years, you might as well say he’s been gone for a decade. Alas, the wait is coming to a close as his next album has a title.

Atrocity Exhibition is the name that derives from a Joy Division song, as noted by Pitchfork. Just how close is the album to be finished? Well, a month ago he told his Instagram followers he was putting the finishing touches on it. We could have this album before the summer is over unless Danny wants to have a long drawn-out campaign leading into it.

Check out the Danny Brown’s first single titled “When It Rain.”

The name of my next album is

The Wait For Danny BrownÔÇÖs New LP Is Almost Over As He Reveals The AlbumÔÇÖs Title : UPROXX