The Weeknd Flexes Haircut, Lives Up To “SNL” Expectations [Video] 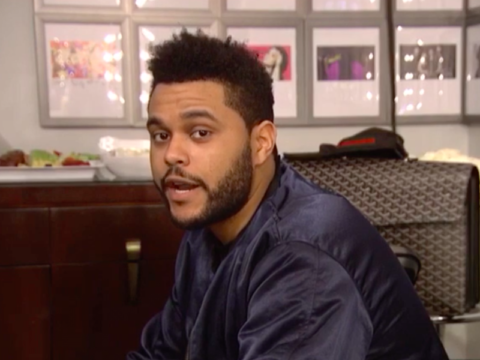 R&B singer The Weeknd had fans tuned in this weekend. The hitmaker showed off both his acting and singing skills on a highly-anticipated “Saturday Night Live” broadcast.

During last night’s premiere, Weeknd performed multiple songs and appeared in a sketch.

Big thanks to @MargotRobbie, @theweeknd, @AlecBaldwin, Larry David and everyone that watched with us! #SNLPremiere pic.twitter.com/Bn9Z3u1xNG

excited to announce my partnership w/ @puma #RunTheStreets ||also excited to release my PumaXO shoe and clothing line in 2017 ? pic.twitter.com/Wb6hyqYsCE

A few days ago, Weeknd released his “Starboy” music video to the masses.

The post The Weeknd Flexes Haircut, Lives Up To “SNL” Expectations [Video] appeared first on SOHH.com.