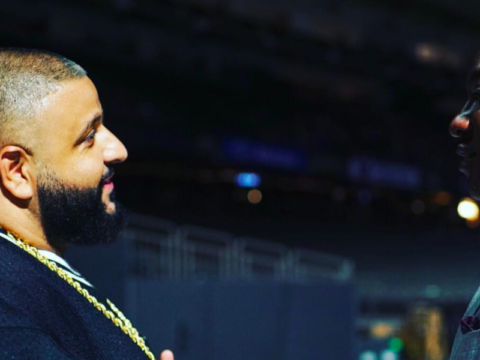 We The Best’s DJ Khaled is quietly gearing up to invade next spring’s Coachella Valley Music and Arts Festival. Footage has surfaced of Khaled allegedly confirming his attendance.

“Let’s go to festivals then,” a woman who appears to be from his camp says. “We already basically confirmed Coachella, right?” Khaled’s response? “Yeah, we did.” Next year’s Coachella is already scheduled for April 14-16 (Weekend 1) and April 21-23 (Weekend 2). This year’s Coachella featured a slew of stars and surprises, including N.W.A, Kendrick Lamar, Usher, G-Eazy, and Lil Wayne. (Rap-Up)

After leaking the news on snap, looks like DJ Khaled is performing at #Coachella 2017 https://t.co/OXc70Nmwq4 pic.twitter.com/GFkpOiOCb4

Next week, Khaled’s hosting skills will be on full display when the BET Hip Hop Awards air.

Outside of the shows, Khaled recently received a big co-sign from longtime rap pal Rick Ross.

This week, Khaled announced his new book The Keys on social media.