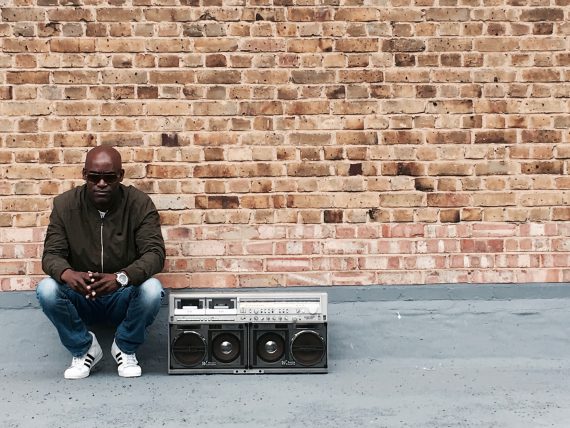 Led on a journey by UK rapper Rodney P, who takes us to meet key influencers and legends from the hip hop genre, it’s a must see.

From music stars, to hip hop activists, to DJ’s and journalists, it’s a group that love and champion the culture, but aren’t afraid to acknowledge its conflicting narratives and issues.

Godfather of the culture- Russell Simmons– who founded Def Jam Records and later Phat Farm clothing and laid the blueprint for younger hip hop multi hyphenates talks about Police brutality ‘’It’s been happening to black people in America for 400 years! Now we have iPhones now we have documentation. And they’re like ‘oh my God how’s that happening’. It’s been happening to black people in America for 400 years. The abuse of people of colour is an American phenomenon’’. Another nugget of gold from Russell was his defence of hip hop culture being a materialistic world. ‘’No, materialism?, all they say is they want the shit that Americans are selling. The stuff that is high-end and aspirational equals the American Dream. That’s what hip-hop says they want. A lot of Hip Hop says that. Some people are not that interested in it. But certainly, wanting a Rolls Royce or some obnoxious car, big house, every American talks about that. They’re looking at Donald Trump like he’s a genius here. Nobody more obsessed with money and talking about how wealthy they are and buying stuff they don’t need than Donald Trump. I wouldn’t put that on hip-hop. I’d put that on the American psyche, and its affect on hip-hop, is that expression’’.

It’s awe-inspiring to watch Rakim – arguably one of the greatest MC’s to touch the mic – reveal that how hip hop saved his life and talk about his influences ‘’I came up on Cold Crush Four, Grandmaster Caz, Furious Five, Melle Mel, Treacherous Three, Kool Moe D that was my favourite MCs!’’ RAKIM – THE GOD!

It’s also touching to see our presenter Rodney get emotional during one particularly poignant moment as he realises the impact that a name that he is about to meet (spoiler alert – Chuck D) has had on his own life. RODNEY GETS EMOTIONAL.

Rodney sets up the show with passion telling us ‘’I love Hip Hop. I love everything it stands for. I love its art, its beauty and its power And I love its ability to transform people’s lives. People like me. Hip Hop has given me the tools to see the world in new ways and a powerful language to express it. But I know that from the outside some people see the culture I represent as shallow, brash and even violent. The Hip Hop I know gives a voice to the voiceless. It’s a place where the disenfranchised feel heard and stories that you may not hear in the mainstream. I want to show you what the world looks like when it is seen through the lens of Hip Hop. And I’m going on a journey to meet some of the stars and key players who have helped to shape that view’’

The show reflects the many ways in which how Hip-hop empowers and educates and even influences at the highest levels.

Hip-hop activist Kevin Powell suggests ‘’when you look at the ascension of Barack Obama, there were elements of hip-hop that helped to get him elected for sure!’’ UK rapper Ty explains why the culture has made him see the world from a different perspective ‘’Hip Hop taught me to look for the extra narrative in anything, so when I look at the news, I look for the extra narrative, I look for what I’m not being told as well what I am being told’’. ESTELLE DISCUSSES FEMINISM.

The Hip Hop World News covers difficult issues too. Like the treatment of women and scantily dressed females that are associated with the genre. UK rapper Estelle admits ‘’ It’s misogynistic as hell. I always felt like I don’t have to be out here arse naked – you’re gonna pay attention to my words, if you need something to look at well then, I look fresh. So, look at that.’’

Public Enemy legend Chuck D reminisces about his early years ‘’We knew what we were doing when we did it, I mean of course, we grew up in the 60s we didn’t grow up in the 70s, growing up in the 60’s you know, from assassinations to Vietnam war, we seen impact. We saw the impact of the resistance against that, we saw the fight for civil rights, what we didn’t know is what was on the other end of the message, until we traveled there. So, when we first came over to the UK, it was like okay you know, they’re not getting enough of who they are and let’s talk about the similarities with all us, and let’s talk about things that they don’t know about us here, as well as talking about… so it was really a message to everyone saying that um, we’re connected. Hip Hop culture is the thing that ties us together as human beings because of our similarities, and not societal differences. This is where culture and governments are diametrically opposed. You know, governments wanna control people, culture wants to be able to free them.’’

American author, filmmaker, rapper, and professor at Morgan State University, (one of the youngest professors at the college) MK Assante explained ‘’We got kids in the hood in Baltimore, Chicago and Philly, they look at the police the same way the little Iraqi kids look at the American soldiers. As an outside force occupying the community!’’.

The wonderful Kevin Powell left us with the most food for thought and articulated our culture beautifully ‘’Hip Hop is as important as Shakespeare, I would even argue that it’s probably more important than Shakespeare at this point, and I love Shakespeare!’’.

Kevin concludes ‘’To understand hip-hop, you have to understand the civil rights movement. Doctor King was killed in 1968, well a year before, someone named Clive Campbell came from Jamaica in the west indies, to New York to the Bronx. Kool Herc, one of the founding fathers of hip-hop. Dr King was talking about a poor people’s campaign at the end of his life. Who created Hip Hop? Poor African Americans, poor West Indians, poor Latinos in a place called the Bronx, New York. And so in a lot of ways Hip Hop, was a response to the failures of the civil rights movement, people moving away from what Dr King was urging people to do, pay attention to poverty, we gotta deal with poverty. And so when you think about Hip Hop… Its very essence is a social commentary, it doesn’t matter what the lyrics say. You got two turntables and microphone, some spray paint and magic markers, some sneakers, some cardboard. linoleum. That’s nothing, these are poor people taking what they had, and creating something out of that. So the very act of doing that is revolutionary!’’