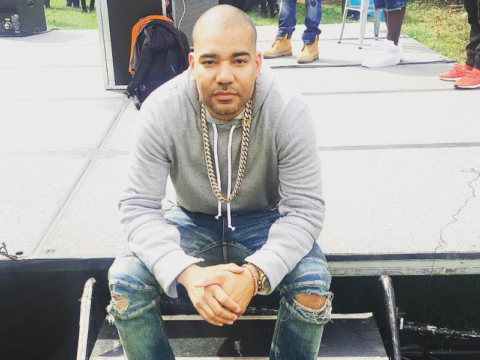 Radio personality DJ Envy has had a change of heart. Today (September 29), the “Breakfast Club” personality revealed who made him realize he should not support the right for law enforcement to stop and frisk pedestrians.

Envy went to his Instagram page to explain where he now stands toward stop and frisk following a conversation with G.O.O.D. Music’s John Legend.

Earlier this week, Envy received backlash from social media over his support for stop and frisk.

Soo #DJ Envy are u finished or are u Done!!

DJ envy needs to be donkey of the day @cthagod

DJ Envy is only "black" when it comes time to make his money.

We def stop and frisking you… https://t.co/FQ60piX0OD

A few days ago, the New York native talked about his pro-stance for the controversial law enforcement tactic.

“They got a lot of guns off the street. The way the NYPD was doing it was unconstitutional. They didn’t do it the way that it was supposed to be done. That’s why they pulled it from New York.” (“The Breakfast Club”)