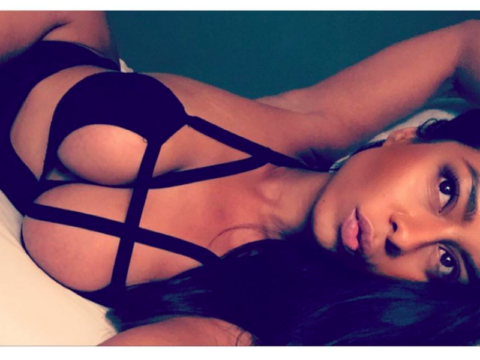 [With SOHH many beautiful women in the world, WCW just isn’t enough. SOHH correspondent Marcus “Quest” Sims helps you enjoy the next 48 hours with his “Weekend Woman Warrior” selection. This weekend’s pick: Ariana]

This weekend we bring you the beautiful Ariana:

She seems to have a lot in common with her favorite artist Drake:

Dark liquor makes her go all emo, she loves making it rain at the strip club and her female friends are friends with benefits:

Her talent is “getting money” and she believes STRONGLY that: “No woman should ever be broke in this life”:

If you’re trying to score cool points, forget the fancy restaurant (even though BOA is her fave) she’d rather hit up a bowling alley and have a round of shots:

She’s a fan of going commando and is team Android (F&%$ FaceTime):

To keep up with all her moves follow her at: https://www.instagram.com/arianashantelcr/