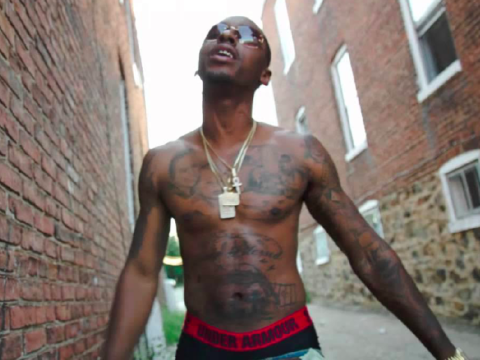 YBS Skola is a busy, busy guy. Far too busy to be getting himself boo’d up. His recent release, “No Pen – Just Paper Reloaded” clocked 2 million on My Mixtapez in just over 24 hours and, with the loss of both Lor Scoota and Young Moose, Skola has an entire city to carry on his back. In a recent profile, Noisey credits YBS Skola as ‘giving Baltimore bangers, and hope, again’ and it’s only a matter of time before everyone else catches on.

On his first visual release from the project, “I Just Wanna” Skola teams up with equally talented Pop and R&B singer/songwriter, Sonne Riley. The two pair perfectly over an El Toro track as they make it clear that regardless of who you cuffin’ with, they are only too happy to come through when ya man ain’t home and get you right. Don’t worry yourself about relationship complications though. Blink, and they’ll be gone.