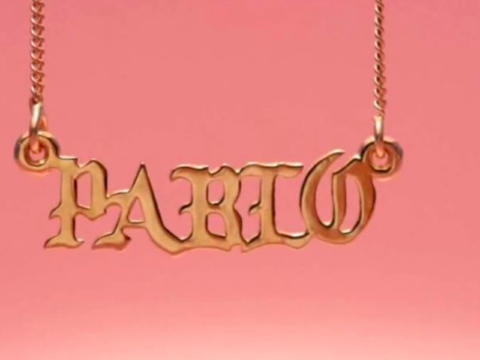 Grammy-winning rapper Kanye West is much more than a tweeter when it comes to Twitter. Yeezy reportedly made a recent purchase from a jeweler who reached out to him over the social media platform.

According to reports, a Twitter user grabbed Ye’s attention after hitting him up about making a customized chain for his wife Kim Kardashian.

Maison Raksha, the jeweler behind Toronto Grillz, started making 14k gold “I Feel Like Pablo” necklaces right after Kanye dropped his album. Raksha tells us he shot for the moon by tweeting Kanye to say he made a chain for Kim, and it could be hers for $500. He says he was surprised when Kanye’s stylist responded, and said ‘Ye would love it, but wanted the necklace to simply read “Pablo.” Raksha delivered a month ago, and Kanye wore the chain for his Harper’s Bazaar cover shoot, and he’s worn it on tour too. (TMZ)