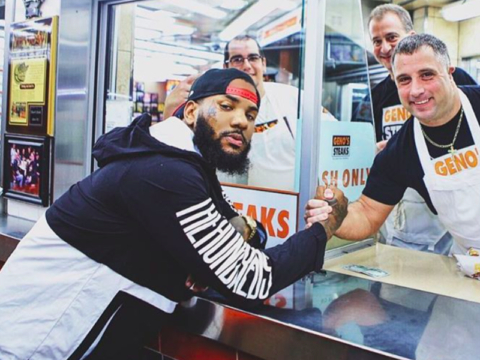 West Coast rapper Game doesn’t only get love from California. The hip-hop veteran flexed his District of Columbia muscle this weekend on social media.

After a quick New York and Philadelphia run, Game continued his East Coast takeover Saturday (September 24) in the DMV.

A few hours prior Game put up pictures of himself hanging out in Philadelphia.