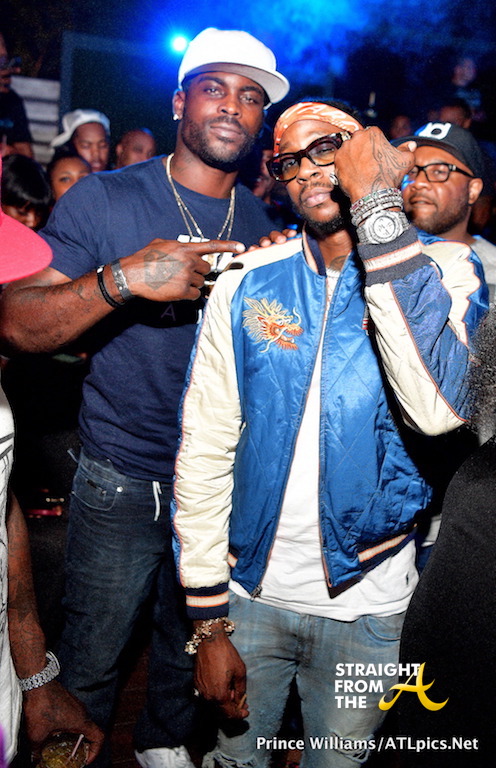 Monday, September 26, 2016 was certainly a big night for entertainment!  Not only did Hillary Clinton beat Donald Trump in their first debate, the Atlanta Falcons beat the New Orleans Saints!

There were several watch parties around town for both events, so there was a lot going on last night.

2 Chainz played host to a Falcon’s watch party that drew quite a few notables, including NFL free agent Michael Vick (who happens to be the only QB Atlantans will claim right about now), his brother Marcus Vick, Juvenile (where he been?) and V-103 radio personality Ryan Cameron.

Photos from the event below… (more…)

2Chainz, Mike Vick & More Spotted At Falcons vs. Saints Watch Party… (PHOTOS) : Straight from the A