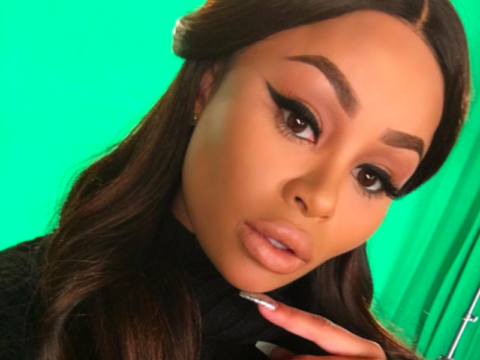 Reality TV star Blac Chyna doesn’t want any part of her fiancé Rob Kardashian‘s war with his family. Instead, the pregnant vixen showed off love to her soon-to-be mother-in-law Kris Jenner.

A screenshot has surfaced and shows Chyna giving Jenner some love on her Instagram page.

However, Rob has gone to social media to defend standing up for Chyna and exposing his sister Kylie Jenner‘s phone number.

Media outlets have confirmed the authenticity of Jenner’s mobile number.

RK went on his Twitter tantrum last night (September 26) about Chyna not getting a baby shower invite from his family.