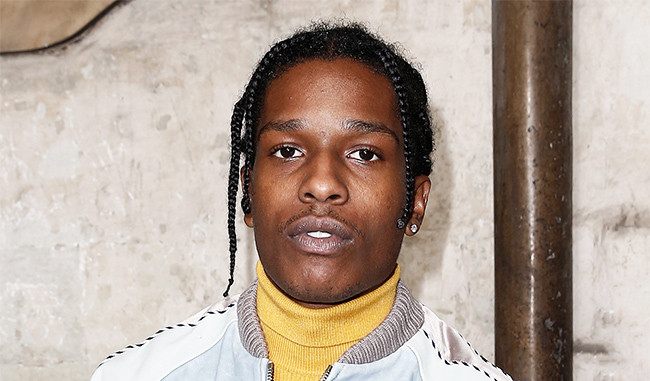 Update: Story’s been updated. Scroll down for more.

With everything going on today, the public is demanding more and more from entertainers and celebrities. Consumers are no longer content with their favorites, singing, acting, whatever-ing and totally ignoring social and political issues impacting their everyday lives. Hence why A$AP Rocky is getting rebuked in the name of Harry Belafonte over a September 2015 interview in which the Harlem rapper was asked if he felt pressured to speak on Ferguson. In short, A$AP said he couldnÔÇÖt relate to the Ferguson uprising because he lived in Soho and Beverly Hills and his life was mostly about getting fresh and fly.

ÔÇ£TheyÔÇÖre not forcing me to do sh*t. IÔÇÖm just gonna stay black and die. Why, because IÔÇÖm black? So every time something happens because IÔÇÖm black I gotta stand up? What the fuck am i, Al Sharpton now? IÔÇÖm A$AP Rocky. I did not sign up to be on political activist. I wanna talk about my motherfuckinÔÇÖ lean, m best friend dying, the girls that come in and out of my life, the jig fashion that I wear, my new inspirations in drugs! I donÔÇÖt wanna talk about no fucking Ferguson and shit because I donÔÇÖt live over there! I live in fucking Soho and Beverly Hills. I canÔÇÖt relate. IÔÇÖm in the studio; IÔÇÖm in these fashion studios; IÔÇÖm in these bitchesÔÇÖ drawers. IÔÇÖm not doing anything outside of that. ThatÔÇÖs my life.”

Again, the quote is from 2015, and A$AP has since changed his tune, most recently appearing in tthe 23 Ways You Could Be Killed If You Are Black In America video. But, former fans aren’t trying to hear any of that.

Asap Rocky is nt responisible 4 makin political statements, but it's important that ppl with a big voice 2 the world shed light 2 the issues

u don't have to be MLK to publicly say wrong is wrong.

ASAP Rocky is gorgeous but he's an idiot, he's an entire idiot

Okay so will happen when ASAP Rocky gets pulled over by a cop who doesn't recognize him and see him for just what he is a black man?

It’s not all bad for the Rocky. Some believe the rapper isn’t obligated to speak on Black Lives Matter issues while also highlighting the hypocrisy of fans mad at A$AP when they haven’t moved passed hashtags themselves.

Wait so y'all mad ASAP Rocky don't wanna talk about political or social issues? YALL SOUND DUMB NIGGA CAN TALK ABOUT W.E THE FUCK HE WANTS

y'all judging ASAP Rocky for not being "black lives matter" but I don't see any of y'all doing nothing but use it for a hashtag.

i understand people are mad at asap rocky but why weren't y'all mad when he said those comments..in 2015?

I ran into ASAP Rocky last month & he told me: "Idk you but stay safe out here". He's not the same guy he was in that 2015 interview. Facts.

Did y'all really expect ASAP Rocky to be Stokely Carmichael?

ASAP rocky is being real tho. Why should we look to rappers for political activism?

People quick to come at ASAP Rocky but he was just in a video with supporting BlackLivesMatter. That whole quote was old. Yall pay attention

A lot can happen in 10 months.

Update: A$AP Rocky took to Twitter Friday to lash out against folks “gassing up” the 2015 interview, while also throwing the middle finger up to killer cops and anyone participating in “Bash Rocky Day.”

A 2015 Quote On Activism Has Come Back To Bite A$AP Rocky In His Dior-Covered Ass (Update) : UPROXX