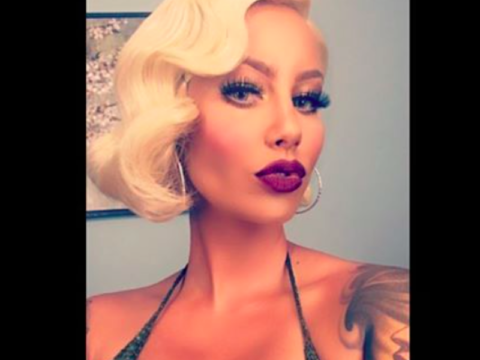 Vixen Amber Rose has cleared the air on what her actual background is and revealed she is a bi-racial.

Rose went to Instagram Tuesday (July 19) and set the record straight for followers.

Rose’s new VH1 show, called Muva Rose, will debut on VH1 Friday, June 17 at 11 p.m. The show, produced by Dr. Phil’s Stage 29 Productions, is a talk show where Rose will chat up celeb buddies about pop culture, race, parenthood and business. The title of the show is Rose’s self proclaimed nickname and is a take on her Philadelphia accent. (Philly.com)

Buzz about Rose landing a new show surfaced a few weeks ago.

The post Amber Rose Says She’s Black So You Can Now “Stop Arguing In My F**king Comments About It” appeared first on For The Best In Hip-Hop News – SOHH.com.

Amber Rose Says SheÔÇÖs Black So You Can Now ÔÇ£Stop Arguing In My F**king Comments About ItÔÇØ : SOHH