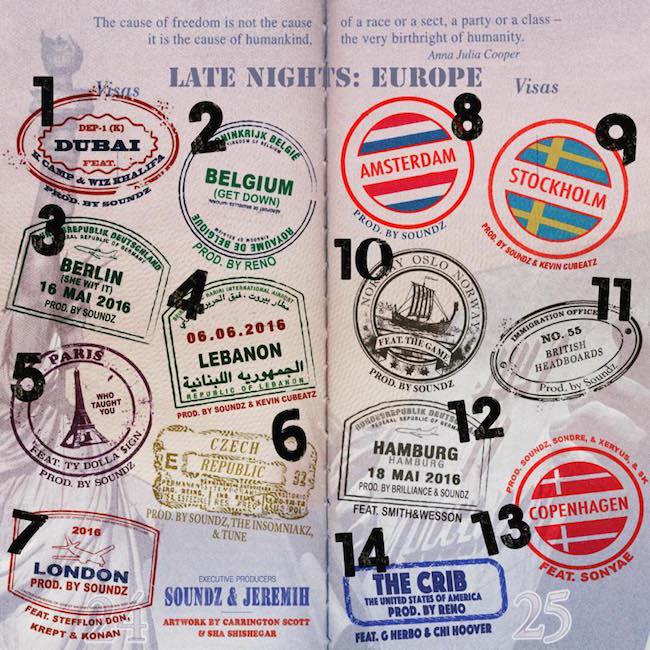 There’s no arguing Jeremih. Whether people personally dislike his songs or don’t think he’s the most traditionally-gifted singer doesn’t matter. Hell, throw album sales out the window, too. The bottom line is, the Chicago native has been a part of more hits in the past few years than 95% of his contemporaries and he writes some of the catchiest damn songs on planet Earth.

That’s why we’re excited to share Jeremih’s surprise new mixtape, Late Nights Europe. Serving as an unofficial follow up to his 2015 album Late Nights, the tape was recorded during the “Oui” singer’s recent 30 day tour abroad. “I was on a European tour for the last 30 days and the best thing about it was creating a new body of work,” he told USA Today. Each song is named after a city he visited along the way and every song on the project is produced by longtime producer Soundz, so expect high quality hit material throughout the free release for fans.