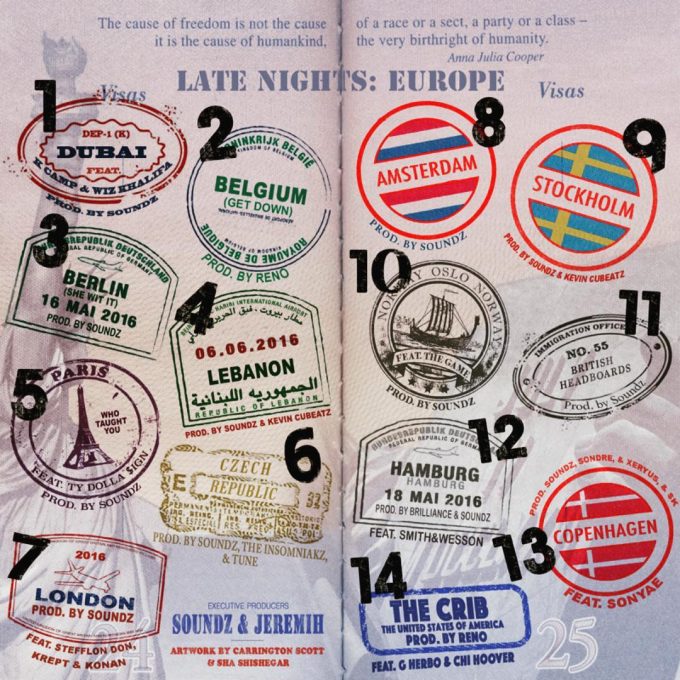 Fresh off the announcement of this project the other day at Pitchfork (our recap here), Jeremih comes through with the release of 14 new tracks inspired by the biggest cities in Europe.

As you’ll see from the tracklist/passport stamps…

I shouldn’t go any further without mentioning the talented SoundZ, who produces the majority of the project including my favorite beat on here: “Amsterdam” (track 08).

As for Jeremih, his vocals and catchiness is on point┬áas you’d expect, with the majority of the songs touching on R-rated┬ásituations with the ladies.