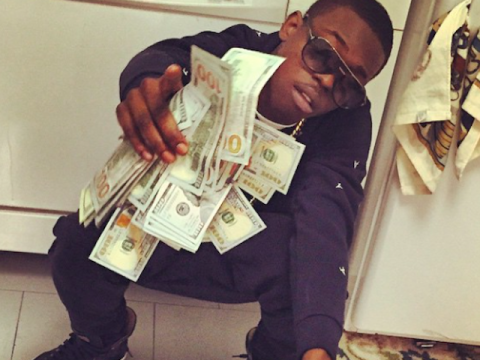 New York rapper Bobby Shmurda might be doing his “Shmoney” dance soon. New reports claim the jailed rapper could have someone posting bail for him.

Social media is buzzing about Shmurda possibly being on the verge of tasting freedom.

Back in March, Shmurda caught a tough break in court when a judge rejected a request to expose the arresting officers.

Bobby claims in new court docs cops have had it out for him because of his anti-police raps … adding the very same officers who arrested him in 2014 harassed him and his friends before. Shmurda says the 3 NYPD cops who claim they found him gun in hand in a NYC apartment have a history of lying. Shmurda says, in an unrelated case, one of the cops in question swore she saw a drug exchange but later fessed up and said it wasn’t true. (TMZ)