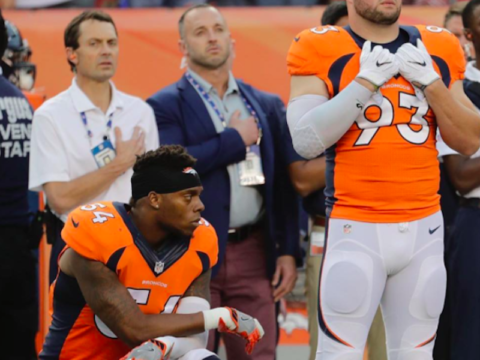 The national anthem controversy is getting bigger than Colin Kaepernick. Denver Broncos star Brandon Marshall is the first NFL player to protest police brutality during a regular season game.

Marshall expressed his freedom of speech at the Thursday (September 8) night game between the Broncos and North Carolina Panthers in Denver.