Caught on Tape! A Peek Inside T.I. and Tiny’s ‘Swinging’ Lifestyle… (VIDEO) 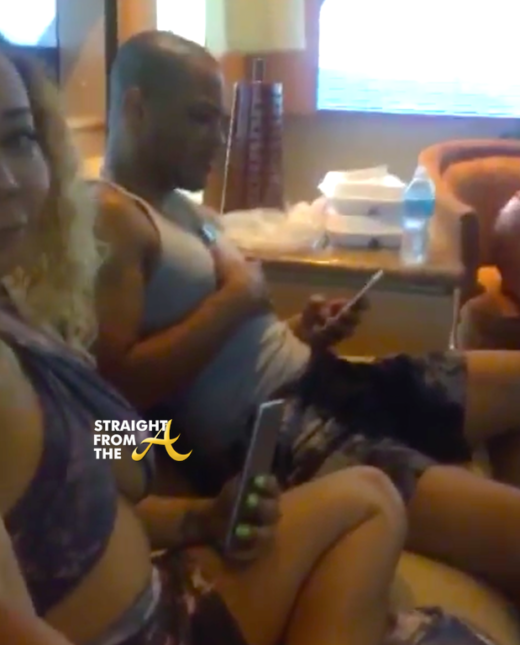 Word on the curb is that Clifford ‘T.I.’ Harris and his lovely wife, Tameka ‘Tiny’ Harris are back in each other’s good graces.

It was just a few weeks ago that Tiny hit social media to respond to reports that she and her rap star hubby were going through problems after he was caught dipping with side chicks without her consent (click HERE if you missed that).

Now, a leaked video has surfaced showing the couple engaged what many feel is their swinging lifestyle.  In the video, T.I. is in his boxers while he and his wife sit amongst a group of women (some naked).

Caught on Tape! A Peek Inside T.I. and Tiny’s ‘Swinging’ Lifestyle… (VIDEO) : Straight from the A