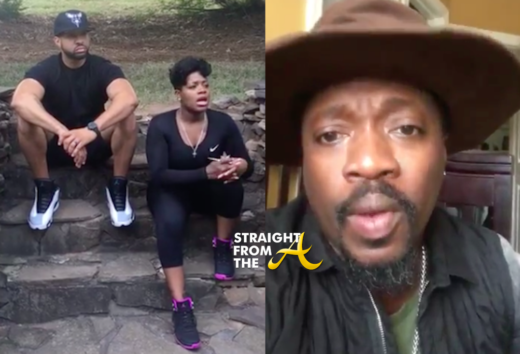 Fantasia Barrino has caught a lot of flack online recently about her now ‘postponed’ #AllLivesMatter benefit concert in Charlotte.

The 32-year-old North Carolina native tweeted an invitation for fans to join her “for a peaceful protest” Sunday evening, which was followed by a poster for an “All Lives Matter” concert titled “Hear Me Now.”

The flyer included performances from Anthony Hamilton, John P. Kee and Dennis Reed, and the event was to be held at Romare Bearden Park.

I accept people from all walks of life. If you label me a racist because I care about my friends and family, then you are part of the problem. Those who want to cripple us and get rid of our people are yet another generation of the Ku Klux Klan.

And now that the concert is off, Fantasia is catching even more flack by addressing the drama.

Details + videos from both sides below… (more…)

Fantasia Barrino & Anthony Hamilton At Odds Over #AllLivesMatter Concert… (VIDEOS) #BlackLivesMatter : Straight from the A