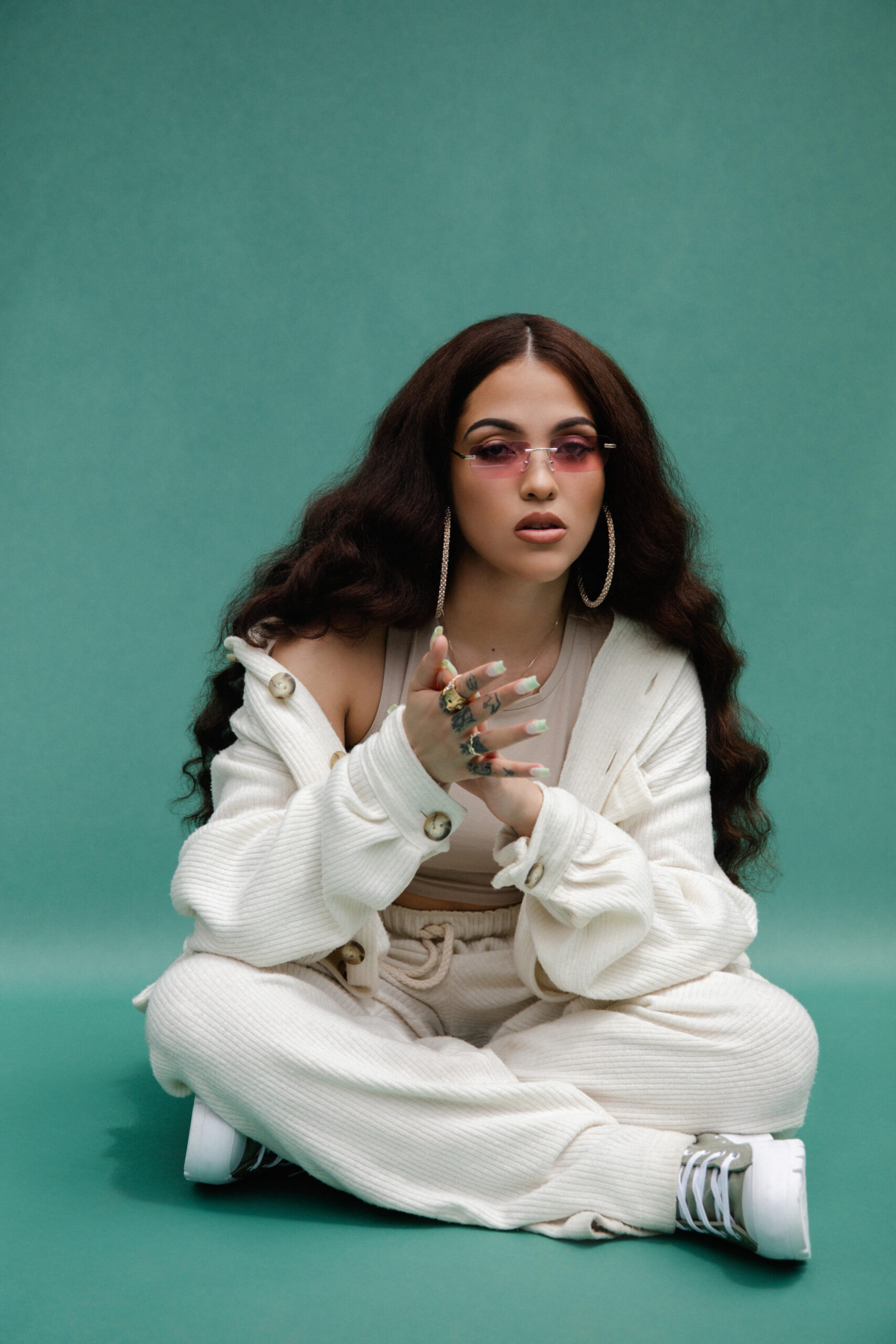 With the vision to connect up-and-coming talent with their communities, we will highlight a stacked lineup of opening acts in Harrisburg, who will bless the mic prior to Kota taking the stage at HMAC on Friday, November 12th.   Brianna Castro will be the penultimate performer, bringing charming elements of soul and R&B to the stage, before passing the mic to Kota the Friend.

Brianna Castro, (the artist formerly known as Briana Cash) cites legendary projects such as Lauryn Hill’s MTV Unplugged No. 2.0, Stevie Wonder’s Songs in the Key of Life and Tupac’s All Eyes on Me as the formative influences of her artistic prowess.  With such excellence in her creative toolbox, it is no wonder the Interscope/Fish Grease signed singer exudes tinctures of Pac’s presence, the rhythmical fluidity of Stevie, and the honest, enigmatic undertones in her writing that hint at a Hill-esque propensity for conscious writing.

Philadelphia raised, Castro burst onto the scene with 2020 single Numb, featuring Tory Lanez, which has amassed over 5 million streams on Spotify.  Her mesmerizing vocal talent, accompanied by sincere, forthright lyricism create a sensation that is simultaneously approachable and sentient – indicative of a mission to build an artistic identity that balances talent and appeal.  Her most recent single Do it Again only reinforces that pursuit, with a beautifully balanced vocal performance, subtle layering, and equally evocative lyricality. Refined, sultry, and sentimental, Do it Again displays one of Brianna Castro’s best traits: her pacing.  (“I knew any minute you could get it if you really want the truth/Butterflies when you hit my line sayin’, ‘What you gon’ do?”). Castro’s vocal performance is intelligently restrained, allowing her to fully realize the effectiveness of the vocal heavy sample of the track.  All and all, Do it Again is a brilliant second single from a bourgeoning soul singer.  Outside of music available on streaming services, Brianna Castro’s IG is ripe with a plethora of brilliant covers, from the aforementioned Stevie Wonder, to Anderson .Paak. Not only do these videos further shed light on an exquisite, distinctive voice, they make clear Castro’s aptitude as a guitarist.

When asked about the opportunity to open for Kota the Friend, Castro indicated she was thrilled from a musical sense, but equally due to her positive relationship with him: (“Kota is so dope. We became fast friends through Instagram. Getting to know him over the last year has been great. We can talk about work and real life when we need. He’s so supportive and kind. He’s a genuine person and I’m excited for us to finally meet and perform!”) Following up a vibrant performance in September at HER’s Lights On Music Festival, fans should expect an intimate, spirited performance from Castro at Flight Night. Get Flight Night Tix

You can find Brianna Castro  on Instagram and Spotify . Stay tuned as each week we will be highlighting the local acts for Harrisburg, PA’s Flight Night.