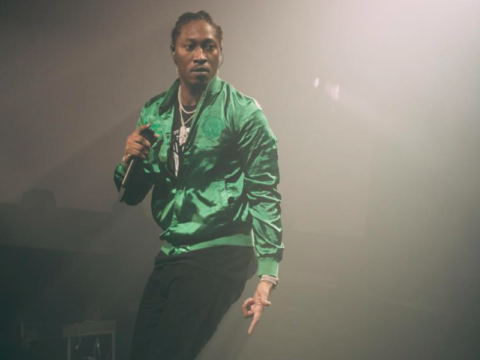 Atlanta rapper Future is knuckling up in his legal war with ex-fiancée Ciara. The hitmaker has reportedly fired back at a $500,000 claim from the R&B vixen.

Future has struck back at CiCi in legal documents where she claims his bad-mouthing cost her the big bucks.

We broke the story, Ciara says her baby daddy cost her half a million bucks by trash-talking her and scaring an international cosmetics company away from doing business with her. Future believes the whole cosmetics story is B.S. … and in docs he says Ciara has no proof any such deal fell apart. Further, he points out she hasn’t even said which company was supposedly courting her. Ciara’s $15 mil defamation suit against Future is still in play, but he wants the judge to at least dismiss this part of her claims. (TMZ)

Earlier this month, Future allegedly took shots at the crooner with his “How It Feel” song.

Produced by Mike WiLL Made It, Future seemingly goes in on his famous muse, rapping, “ask me how it feel to smash an R&B sh*t,” before crediting himself with turning Ciara into a star again. “I made you b*tch,” he raps in the song’s outro, “b*tch you was never for me, I gave you fame on the ‘Gram. I put you back on the charts, I gave you number 1 spot.” (UPROXX)

Future shared the same sentiment in his Like I Never Left documentary following his break up with the R&B singer back in 2015. Just not as harshly. During a convo about their issues, Future noted, “[Ciara] didn’t want [me and Mike Will] to be a part of [her album] at first,” he said. “I was like, ‘damn, we just came off a No. 1 and you go straight to Dr. Luke and start working with him an go right back to the pop lane after you get a little steam.’” (XXL Mag)

The post Future Wants Ciara To Throw Up Proof, Cashes Out $500,000 Claim appeared first on SOHH.com.