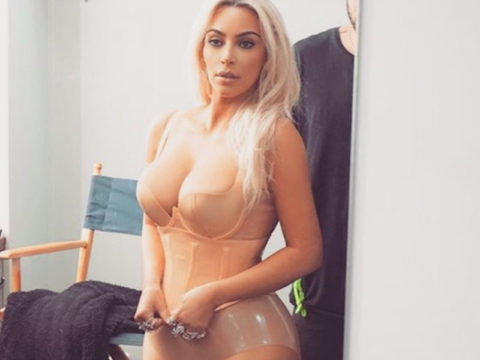 Kim K went to Snapchat and exposed Swift giving Yeezy her approval to name-drop her on “Famous.”

ÔÇ£She totally knew that that was coming out. She wanted to all of a sudden act like she didnÔÇÖt,ÔÇØ Kim says about Taylor SwiftÔÇÖs reaction to Kanye WestÔÇÖs song Famous. Kim says TaylorÔÇÖs emotional wound is nonsense and that thereÔÇÖs video proof, because a videographer was actually filming theirÔÇôÔÇôTaylor and KanyeÔÇÖsÔÇôÔÇôphone call and that Taylor ÔÇ£totally approved that [line in the song about Swift]ÔÇª. I swear, my husband gets so much sh*t for things [when] he really was doing proper protocol and even called to get it approved. What rapper would call a girl that he was rapping a line about to get approval?ÔÇØ (GQ)