Iggy Azalea Thanks This Doc For Her ÔÇ£Fabulously Perky BoobsÔÇØ 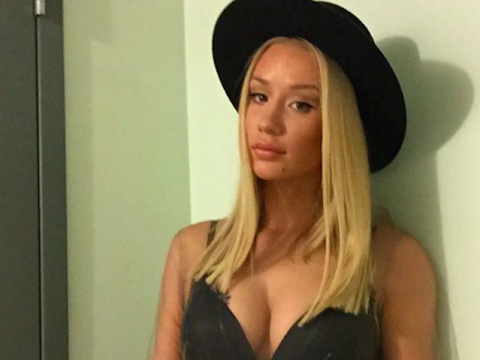 Azalea went to Instagram Tuesday (July 19) and credited the genius behind her revamped body.

Iggy also updated fans on a big business venture she has on deck.

Last month in Australia, Azalea threw up the middle finger to a paparazzo when asked about Young and his ex-girlfriend Keonna Green.

Green also explained her current feelings toward Iggy and where she stands with Young.

“I wish her a lifetime of success. ÔÇª I mean, IÔÇÖm definitely not going to apologize for being in love with a man who I have a lot of history with. I do wish her that kind of success and hope that she can get through this difficult time and she and Nick can move forward from this. … IÔÇÖm giving him his space. On an intimate level, it has stopped. We havenÔÇÖt discussed how weÔÇÖre going to move forward. Right now, he needs to focus on basketball and getting his life in order. Basketball is what puts food on two peopleÔÇÖs plates that heÔÇÖs taking care of.” (Us Weekly)

The post Iggy Azalea Thanks This Doc For Her “Fabulously Perky Boobs” appeared first on For The Best In Hip-Hop News – SOHH.com.

Iggy Azalea Thanks This Doc For Her ÔÇ£Fabulously Perky BoobsÔÇØ : SOHH