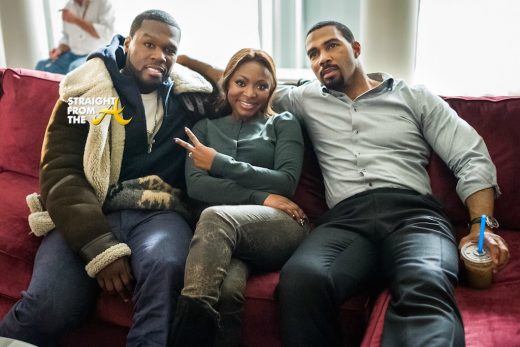 It’s official. Curtis ’50 Cent’ Jackson has a hit on his hands with POWER!

50 Cent serves as executive producer for the show and played Kanan, a rival to the main character James St. Patrick, played by Omari Hardwick.┬á St. Patrick also goes by the street name ÔÇ£Ghost,ÔÇØ as he runs a drug ring in New York while balancing his career as a nightclub owner.

The third seasonÔÇÖs tagline is ÔÇ£Ghost Must DieÔÇØ as St. Patrick tries to ‘dead’ his alter ego to escape his drug-dealing past, but he canÔÇÖt let go completely and many of his foes put threats on his life.

The highly anticipated season 3 premiere of Power pulled in 2.26 million viewers Sunday night and now Starz has decided to lock it in for 2 more years!

In case you missed it: #Power Season 3 Premiere Hits Record Numbers + Starz Renews for 2 More Years! : Straight from the A