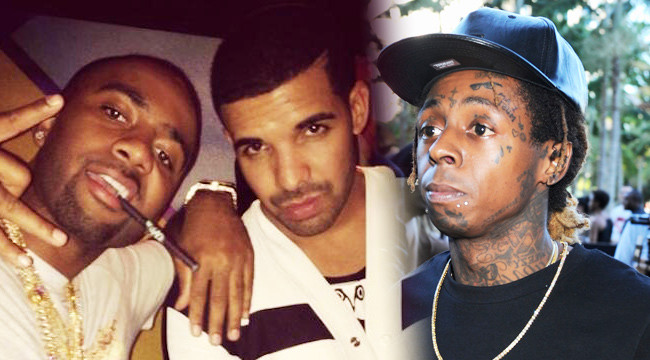 The Jas Prince and Young┬áMoney saga is supposedly finally over.

After years of drama┬árevolving around Prince’s belief that Weezy and the┬álabel owed him all of the money for gift-wrapping them Drake, the $11 million lawsuit has been settled out of court for an “undisclosed” amount.

Bossip is reporting that the two camps came to an agreement on July 11, not only settling the dispute between Prince and Young Money, but with Cortez Bryant as well.

As we’ve covered this extensively for a little more than a year, there’s no need to go into the backstory but it has been a fascinating case to follow. Young Money/Cash Money’s history with lawsuits is well-documented and even if Prince didn’t have a leg to stand on –as Bryant and the label claimed–their history of shady business casts a serious shadow of doubt over there side of the story.

Whether it was because Prince did in fact have validity to his claims or they just wanted the headache to go away, their nightmare is over. But what I want to know is how much did Prince get? If we’re talking royalties for Drake’s work, $11 million seems like chump change. It’s a good bet he got a lot more than that even though I have no idea what the going rate for hush money is these days.