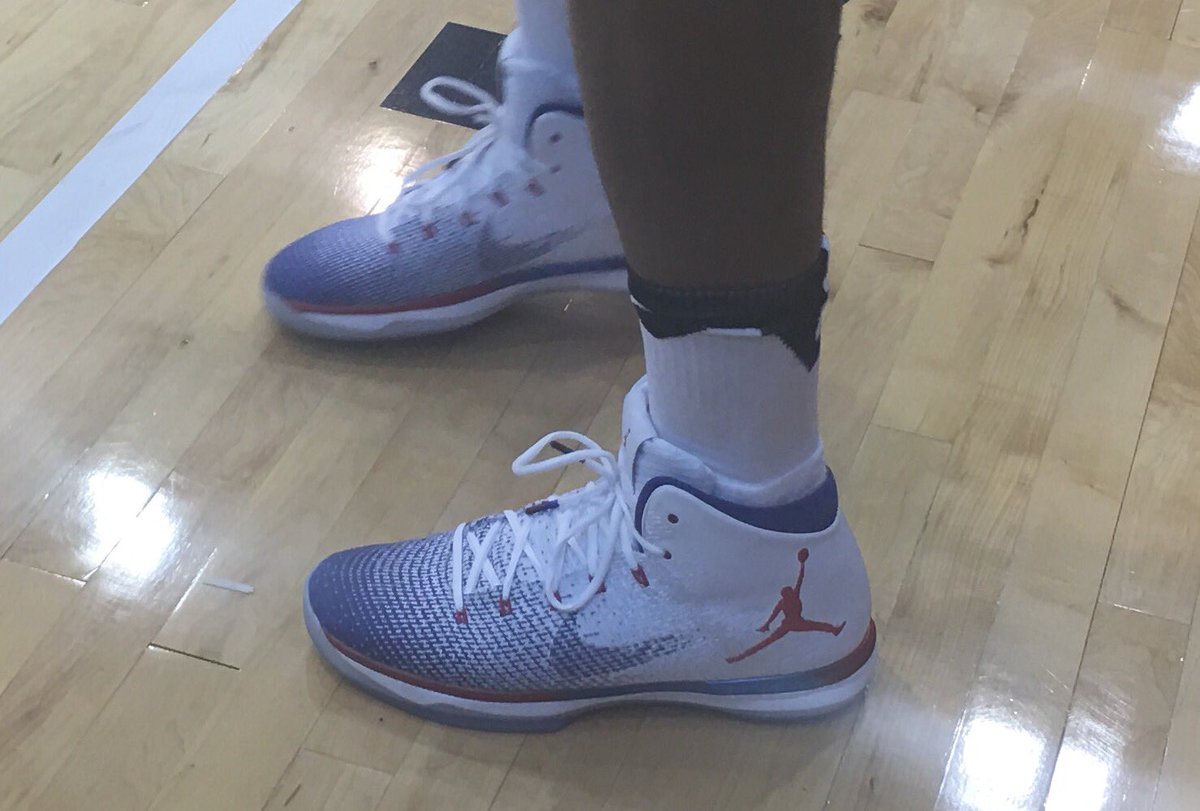 Late last week,┬áJordan Brand premiered a throwback to their commercial for the Air Jordan I’s as a tease for the official reveal of the Air Jordan XXXI. If you haven’t seen the commercial yet, click that red link. I’m hyped for the reveal from Las Vegas on Wednesday this week, July 20th.

And now even more so as Jimmy Butler donned the Olympic colorway of the XXXI in the first Team USA practice today. (Re-read that sentence again in 2012 and you’d think┬áthere was a major typo.)

"Jimmy, if you could just maintain a catcher's squat right in front of Kyle. Perfect. Hold that pose." https://t.co/xlgGQWJugW

Amazing. Nike did it again. Blocked out Barnes & Lowry's adidas and Klay's Antas in the Team USA photo: pic.twitter.com/EMIS6T3i7g

A USA tradition since 2008, when players lined up in reverse order so Coach K himself could block Dwight's adidas: pic.twitter.com/VKIHe1yH12